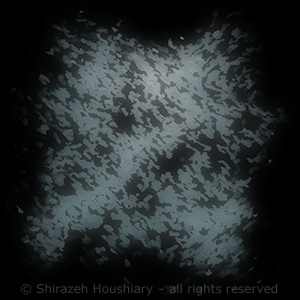 Veil was first created by Shirazeh in 2006; a refinement of the animation produced for the 2005 piece Amu by Wayne McGregor | Random Dance.

The first version of Veil was created in low resolution Standard Definition (SD) for gallery projection. Shirazeh came to Hotbox Studios in 2013 wishing to update the animation to enable the film to be presented on modern HD LCD screens. Mark Hatchard has worked closely with Shirazeh; re-mastering the animation to create a true HD version of the original Veil film.