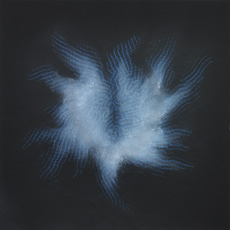 Hotbox Studios has been working closely with Shirazeh Houshiary developing the new version of Shirazeh's website, which is now live!

Both the design and content of Shirazeh's website have been updated. The navigation has been refined to allow for a more intuitive experience. New functionality has been incorporated to help bring visitors closer to the artworks. New collections of Shirazeh's paintings, drawings, animations, sculptures and site specific projects have been added to the new website.

She quickly became established at the forefront of the younger generation of sculptors working in Britain in the 1980s, and her work was included in important group exhibitions such as Aperto '82, XL Venice Biennale in 1982, and' Les Magiciens de la Terre' at the Centre Georges Pompidou, Paris in 1989. Houshiary's first solo show at the Lisson Gallery, London was in 1984, and she has continued to show there on a regular basis ever since. She had her first solo exhibition in New York at Lehmann Maupin Gallery in 1999 and then 2003, 2006, and most recently in 2010. The Centre d'Art Contemporain, Geneve organised a solo museum show for the Mus&eacute;e Rath, Geneva in 1988, which then toured to the Museum of Modern Art, Oxford in 1989. Her solo exhibition, Isthmus, was first shown at Magasin - Centre National d'Art Contemporain de Grenoble, before touring to the Museum Villa Stuck, M&uuml;nchen, the Bonnefantenmuseum, Maastricht, and Hochschule fr Angewandete Kunst, Vienna in 1995-1996. Her work was included in the XXIII Bienal de So Paulo in 1996, '10 Intensita In Europa' at Centro per l'Arte Contemporanea Luigi Pecci,Prato 1998 , Skultur: A Brick Intervention, Basel in 2000, the Skulptur Biennial M&uuml;nsterland in 2003. 'Art and Happiness' Mori Art Museum Tokyo 2003, 'Turning Points 20th Century British Sculpture' at Tehran Museum of Contemporary Art in 2004 , 'Without Boundary' Musuem of Modern Art New York 2006, 'What is Painting' MOMA New York 2007, Deloitte Ignite, Royal Opera House London 2008, 'Between Metaphor and Object' IMMA Dublin 2009 and Sydney Biennale 2010.

She was short listed for the Turner Prize at the Tate Gallery in 1994, and was awarded the title Professor at the London Institute in 1997. Houshiary lives and works in London.