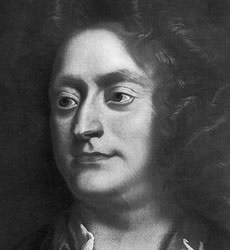 Hotbox Studios has begun production of the 3D Animation and Visual Effects for a new production of Henry Purcell's Opera 'Dido and Aeneas'.

Dido and Aeneas is England's oldest opera. As far as we know it was first performed in 1689, at a girl's school in Chelsea, London, run by a Mr Josias Priest - who was a dancing master. Unfortunately, neither the original, nor any 17th Century copy of the score, survives.

The story for Dido and Aeneas was adapted from part of the Aeneidby Virgil. Dido.

The story tells how the Queen of Carthage falls in love with Aeneas, who has landed in Carthage after fleeing from Troy following a defeat in the Trojan War.

However, some witches living near Carthage, who hate Dido, remind him that he is fated to go and be the founder of the Roman Empire. Aeneas leaves Dido, who is heartbroken and kills herself.

Hotbox Studios is to produce 3D Computer Animation and Visual Effects for Dido and Aeneas - a 3 minute sequence which ends the opera.

We're currently at the research stage - a production website will be online soon, which will include Visual Research, 3D Animation and Visual Effects development.