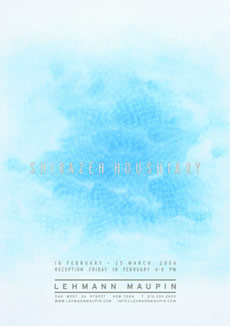 Veil will be presented at the Lehmann Maupin Gallery (New York) between 18th February - 25th March 2006, Veil is a fine art film installation by Shirazeh Houshiary, animated by Mark Hatchard at Hotbox Studios.

Web Application Development for the We are Futures PAAM App