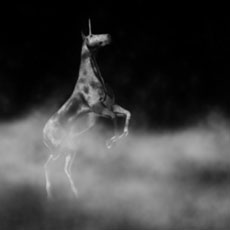 A double bill - Purcell's Dido and Aeneas and Handel's Acis and Galatea - two great works of British Baroque opera in new interpretations by Wayne McGregor, Resident Choreographer of The Royal Ballet, make for a very special evening with The Royal Opera in collaboration with The Royal Ballet.

'Dido and Aeneas' was first performed in 1689, at a girl's school in Chelsea, London. The narrative for Dido and Aeneas was adapted from part of the Aeneid by Virgil. Dido, Queen of Carthage, falls in love with Aeneas, who has landed in Carthage after fleeing from Troy after defeat in the Trojan War. However, the destructive witches living near Carthage who despise Dido, remind Aeneas that he is fated to found the Roman Empire. Aeneas leaves Dido, heartbroken Dido kills herself.

To both, McGregor brings his individual and acclaimed approach to the fusion of music and movement in settings of richly layered design and atmospheric lighting. Purcell's Dido and Aeneas contrasts musically and dramatically the supernatural with personal tragedy - there are the witches who delight in destruction, but at the heart is Dido, Queen of Carthage, whose Lament is one of the most famous and beautiful pieces of English opera. The pastoral mood of Handel's Acis and Galatea also turns dark as the eponymous loves are threatened by the monster Polyphemus, but its succession of arias and choruses show its unique charm. With Christopher Hogwood conducting the Orchestra of the Age of Enlightenment and soloists including Sarah Connolly as Dido, this programme will have an especially rich musical interpretation.